On behalf of everyone from Jigsaw Recovery Project, we would like to thank you for your attendance at our service launch. 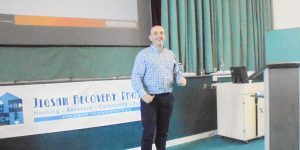 The turn-out for the launch was great to see from Jigsaw`s perspective, including a great mixture of professionals in the room from local authorities and third sector organisations.
The day consisted of a welcome from Terry Nelson (Director), who spoke about how the project had emerged from a discussion with the Housing Commissioner, Carl Taylor, at a homeless needs audit.
A business plan was produced, and Jigsaw was soon asked to deliver a 6-month pilot, based on the ‘lived experience’ model, working with local authority care leavers. 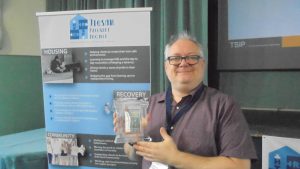 Sam Thomas from MEAM (Making Every Adult Matter)
spoke about the value of a service like JRP and the benefits that comes with working with such an organisation that works with an asset-based approach. 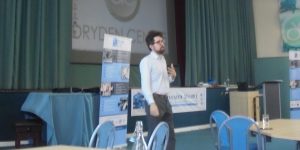 A workshop was then delivered by Sarah McMillen (Social Innovation), which focused on creating leaders with lived experience. This was a great source of information, which will be compiled into a report which will be published by JRP on its website when finalised. 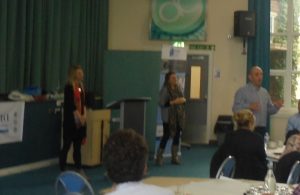 The service users currently working with the project all received Inspirational Awards (2017) for the work that they have done whilst engaging with the project. These were presented by Inspector Michael Robson of Northumbria Police Force.

The day was drawn to a close from Mark Tunney (JRP Director of Operations), who spoke about the significant cost-savings that the project has delivered to date, using a bespoke cost-calculator specifically designed for the project and how the project plans to move forward.

To date, the cost savings produced during the first eleven months of the project have reached an impressive £70,680, with a projected forecast of over £75,000 for the twelve-month period.